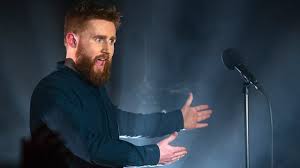 I’m worried that my BBC de-toxification process hasn’t worked because every time I see a newspaper headline screaming abuse at my former employer, I have an instinctive urge to leap to the defence of my old chums and colleagues. In recent weeks there have been stories about massive hikes in executive pay, plans to strip pensioners of free tv licences and reports that the new BBC Scotland channel isn’t attracting enough viewers. The executive pay story is the hardest to defend, so I wont even try. The BBC’s rationale for boosting the already large salaries of its top bosses runs something like this: “we’ve cut the number of managers so those who remain are asked to take on additional duties so are being rewarded accordingly. But don’t worry, we aren’t giving them double the money…just a wee twelve percent bung here and there…so, you see, ha ha, we are actually saving money…ha ha. Calm down, everyone.”
The trouble with this strategy is that those remaining managers don’t actually have more time in their day to do twice the work. Not unless those savings are being invested in the kind of time-changers last seen in Harry Potter books that allow people to be in two places at once. This means that staff who complain that their bosses are rarely visible might have to accept they might now dissolve in to a puff of smoke. I know some staff who would welcome that.
Then there’s the free licence fee for the over-75s. This was a social benefit that was being funded directly by the Government, but now the buck (or lack of bucks) has been passed to the BBC who claim that they’ll have to cut programmes and services to pay for it. A clever move by the Government and the BBC’s attempt to explain the situation is not really helped by the aforementioned hike in executive pay.
And so to the new BBC Scotland TV channel. I watch it on and off, as I do with most TV channels, but the fact that I’m tempted to stop as I thumb the remote control through the Freeview listings tells me that there is, most days, something worth watching. More than that though, I’m impressed with the range of new faces and performers I see on screen and the way that Scotland is being portrayed as more than just hills, glens, bagpipes and crime lords. I’m seeing genuine stars of tomorrow make their debut in formats such as Comedy Underground where this week’s host, Gareth Waugh, turns out to have the facial expressions that make for comedy gold on the small screen. The end-credits of programmes are interesting too, because they offer evidence that a range of small Scottish  companies are gaining a foothold in the competitive world of TV production and, so long as the BBC Scotland channel continues to thrive, they will gain in confidence and expertise and will power a new creative industry in Scotland.
Of course there’s stuff I’m not so keen on. I don’t watch The Nine – not because its isn’t a well- produced and respectable news programme -but because by the time nine o’clock comes around I’ve usually seen enough news and there aren’t enough exclusive stories to tempt me to stay with the programme for an hour.
And, yes, sure, I’m a dyed-in-the-wool radio guy, so I would also like to see BBC Scotland invest in a new music station for Scotland and improve the quality of the local news opts on Radio Scotland.
But the great thing about no longer working for the BBC is that I can say these things out loud, in public, online and maybe even in the newspapers. But you know how they twist these things. Look out for the headline “Ex Radio Boss Slams Pay Hike for ‘Invisible’ Beeb Bosses’.

At least it’s not a puff piece.  Apart from that Harry Potter reference, of course.

When I was writing The Red Light Zone, I imagined one of my chums going into a book shop, leafing though a copy, finding their name, reading that bit and then … not buying the damn book.  That’s why there’s no index at the back. I know my friends too well. Cheapskates, the lot of them.

However, there are two questions I’ve been asked most frequently since the book was launched just under two weeks ago:

Let’s deal with that first question.  I really have no idea what my old bosses are thinking. I’ve heard differing reports, but they range from a sense of mild annoyance that I have dared to laugh at some of the bizarre goings-on I encountered over the past 25 years (and I suspect the bosses in London would be most annoyed by that) to, well, total ambivalence. I’m guessing that with a new TV channel about to launch at the end of this month, the executives in Glasgow have a lot more important things on their mind.

As for that second question.  Well, this little video captures just about every name mentioned in the book, including those of pets, The Pope and Santa Claus. Yep, they all do get a namecheck.  Of course, I haven’t made it easy.  If your name is there, it might pass in the blink of an eye.

“I suggested the open auditions might be just a publicity stunt. Goaded into taking part, I looked around the office for some inspiration, but all I could see were office supplies and so Johnny Sellotape was born. And his daft gimmick of attaching old jokes to his jacket would allow him to fill the required five minutes of stage time, should he forget his lines.”

*audio from Stuck: The Rise and Fall of Johnny Sellotape (BBC Radio Scotland)